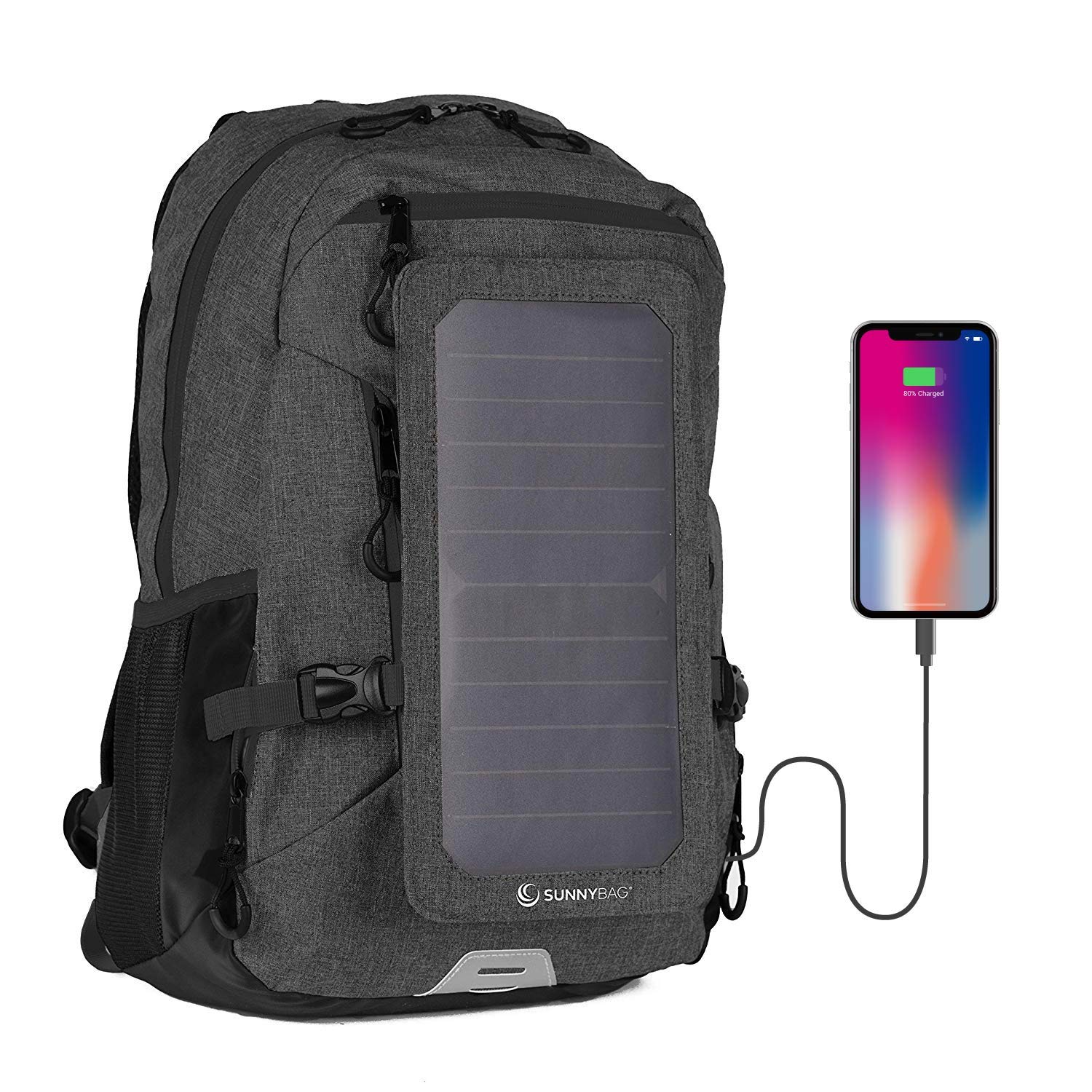 Sun is a source of inexhaustible energy. The technology to harness solar power was invented in the mid 18th century. Since then, research and development of solar energy capture has been groundbreaking. With enough advancement of our technology, the applications of solar power are vast. Sky is the limit really. There are tons of products available in market, which comes with Solar charging technology like dive watch powered by solar system,  Solar backpacks etc. Solar technology might give rise to a whole new era of technology. Here are a few gadgets that will likely be used in the future:

Roads are the most common way of travel. The United States alone has 6 million miles of road. Every road needs streetlights to aid visibility during the night. So just imagine the number of streetlights in the world. AND the amount of power needed to keep those street lights operating. All that power is currently generated by burning hundreds of tons of fossil fuels. Using solar powered street lights is a large scale power saving idea.

Floating solar panels in the oceans

Presently, countries in the tropical region with a lot of unused land area are able to extract solar power. This is naturally because solar panels are of large sizes and you need a lot of them to obtain viable amounts of energy. But what about the seas and oceans? Water bodies cover 70% of the earth’s surface. That is a humongous area of untapped sunlight. It is a brilliant idea that is already in operation. Although, too many solar panels in the ocean will disrupt the oceanic ecosystem.

Summers are getting too damn hot, especially with global warming and climate change. Owning an Air conditioner is now a necessity rather than luxury. Someone was smart enough to figure out a way to fight fire with fire. Using the sun’s energy to power air conditioners to escape the sun’s heat is quite a flex.

Geysers are going to be termed as ancient water heating devices in the near future. Solar water heaters are already being used in many countries. Appropriately sized solar panels are placed on the roofs to capture sunlight. These convert energy into heat energy used to raise the temperature of water. 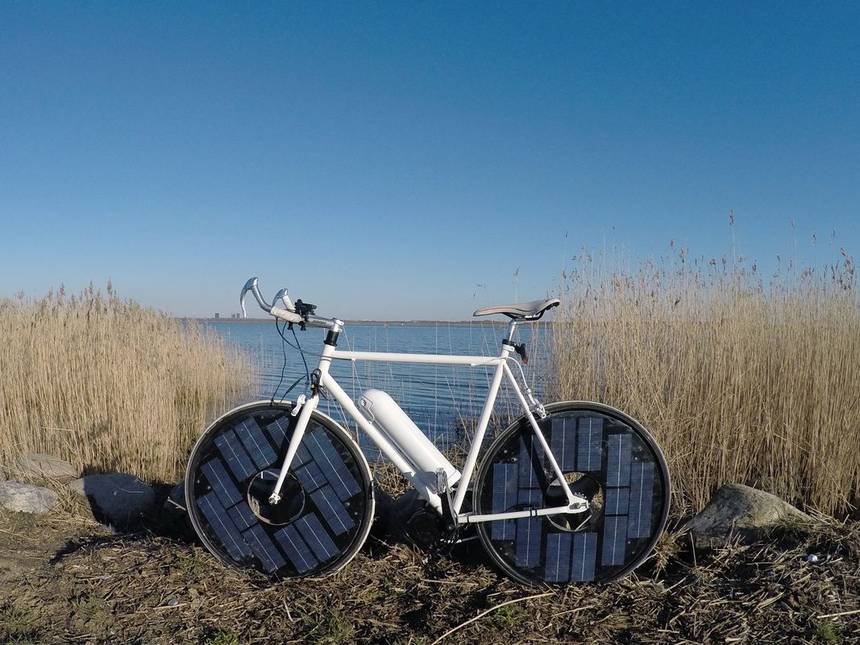 Internal combustion engines will soon be replaced by electric vehicles with the motive of saving our planet. Solar bicycles are also an emission free mode of transport. The bicycle can drive itself forward during the day with the rider only needing to steer and brake. During the night time when there is no sunlight, one can simply pedal their way across town. Nifty innit?

This a cute idea brought forward by some pretty innovative minds. It is basically a balloon that floats about all day collecting sunlight. As the sun sets, it detects the loss of light in the environment and glows. Don’t you think this would be an amazing sight? One can tie them up and use them instead of conventional light bulbs, or allow them to float about in recreational areas like public parks and jogging tracks.

An aesthetic application of using solar energy, it is deeply in the prototype phase as of now. The idea is to combine nanotechnology and photovoltaic effect to synthesis solar paint. This paint will be able to absorb the sun’s radiation and light up the walls during the night. Even more advanced prototypes can even change the colour that they emit making it a pretty cool trick.

Imagine you’re driving down to work and suddenly remember that you forgot to carry your laptop charger along. You won’t have that problem if you carry a solar bag. It has got a build in battery that charges when exposed to the sun. You can also use it to charge other devices. This is great news for travellers as well. Their phone will never run out of juice as they navigate through unknown territories. Nor will their cameras die out, unlimited photographs! 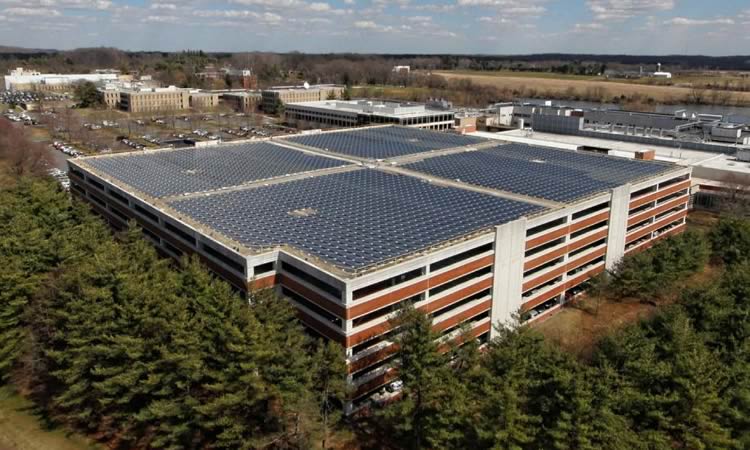 There are plans sanctioned by the government in countries like China to invest in research of solar powered buildings. Self sustaining buildings would do wonders in metropolitan cities like New York, Beijing, HongKong etc. The outer surface of the buildings will be replaced by absorbing solar panels instead of reflective glass.

Achieve a next level of convince with a wireless solar charger. All devices in the future will be equipped with wireless charging. This handy device is supportable and super handy.

An ambitious, yet scientifically possible phenomenon. This project will require a heavy fund for multiple governments to successfully start research and development. Aim high they say, in this case, quite literally.

This is just a glimpse of how the future might look like. There is much more to witness as time skips. I daresay, the future of solar energy sure seems bright. 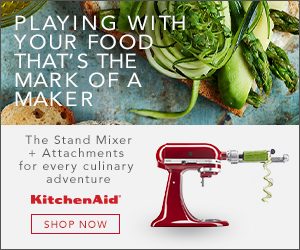